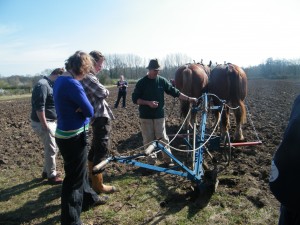 The first was to carry out a survey of ploughs held by member institutions and review the results.

Catherine Wilson reported initial findings to the 2011 AGM at Melton Carnegie Museum in May 2011, and her report ‘Digging Deep’ A survey of Ploughs in Museums, was published in October 2011. 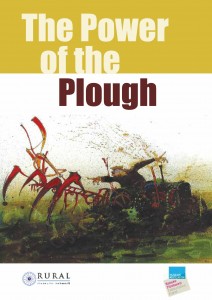 The next strand was to create a resource that promotes best practice in interpreting the subject of ploughs and ploughing through a range of case studies. The result is ‘The Power of the Plough’ by Sally Ackroyd and Judith Carruthers, published in May 2012. 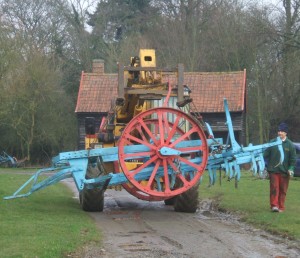 We’ve also supported the transfer of steam ploughing equipment from one museum to another.  In February 2013 a ‘small’ cultivator and harrows were transferred from the Museum of Lincolnshire Life at Lincoln to the Museum of East Anglian Life at Stowmarket. The equipment was surplus to requirement at Lincoln, but just what MEAL needed. Both museums have pairs of steam ploughing engines. Lincolnshire Life’s were made by Fowler and East Anglian Life’s by Burrell.